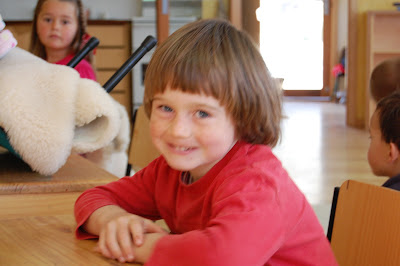 This day has been a long time coming. Flynn's first day of school. 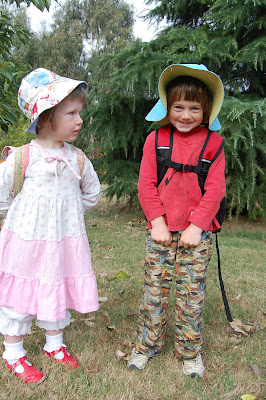 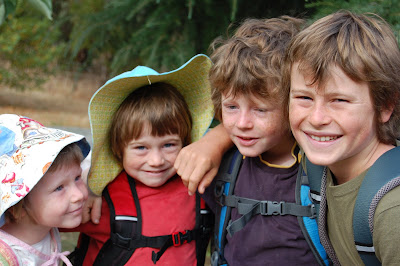 Can you pick my barometer child? 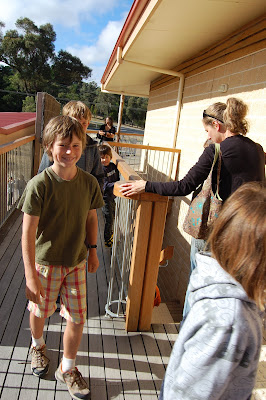 Grins from ear to ear.

You know, I haven't been in this space much, it's not that I had nothing to share, but I think when my stress levels rise, I retreat. But I do need to give you an update.

Last year, well the last two years, have been huge for us. We decided to send our children to another Steiner school, in search of a Steiner high school, which meant many sacifices, we had a school week house, and our home in ballarat on the weekends, you can read about it here.and here.

We had been patiently waiting for Flynn to get a spot in his year as it was full. This meant that he missed out on prep. At the time I thought this would be okay, as it is home based in it's routine.
But what I didn't think of is that Flynn needs to come everyday to drop the other kids off and pick up, he would see his friends and ask when it would be his turn.

Even though we did fun stuff like horseriding, bushwalking, campfires, crafting and cooking, he never understood why he was not embraced by the school as his siblings were. Flynn would try his best at writing and say "I'll take this in to the teachers so they can see I can write, then they will let me come to their school"

Heartbreaking, For me, this was not how a Steiner school should behave.

So, I wrote a letter to the college, and the response was the chance was remote, as there were other children before us, even though we already had children at the school.

So.......I happened to be reading a newsletter belonging to our old school, and saw an ad about a farmhouse in a valley on a river in a rainforest, in New South Wales, and so I rang, out of the blue. It turns out that the house is walking distance to a Steiner school, through the rainforest.

So then I rang the school, Chrysalis, Who would have thought that your life can change with just a phone call. The first question I asked was will you take all four children? I had to find a school that was open to us all.

Thora valley is out of my dreams, I can't believe this place existed, and that I knew nothing about before.

I have always wished to live in a rainforest, on a gravel bottom river. And of late had been wishing that I could find a house close to the school to walk, maybe a farmhouse.

Can you believe it?

Well I had to convince Dan, he saw the road trip as a holiday, and indulged me with the idea of moving there. Well when I got there, as beautiful as it is, I realised how huge this idea was, and that I would have to sell my beautiful home, the one that I built with the thought of handing it on to our children. They would be the fourth generation on this land.

Could I let down my children? Be the one that it stops with, can I live with that?