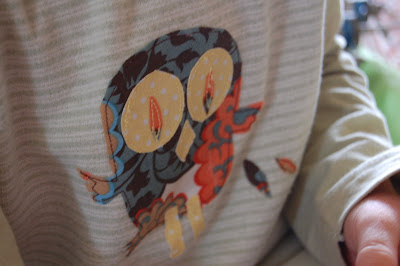 Well, I thought I would make matching PJ's for the boy's, I like the matchy, matchy thingy, but my creative side doesn't or maybe it's my choleric nature that get's bored after the first one.

I managed to get the older two boy's finished, really, boy three has plenty of hand-me-downs( I might make him some new winter clothes instead). 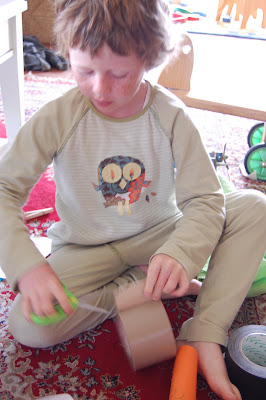 I bought some greatly reduced organic jersey knit bed sheets and chopped them up, for the torso I used some really soft brushed fleecy knit for added warmth.

I bought a cover-pro a while back, and I was really excited with it, but I haven't used it much, it scares me!

I was determind to use it this time. 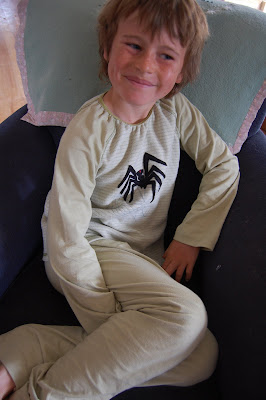 The boy's chose an animal for the front, and my "steve irwin" chose a red-back spider, a really deady spider that luckily isn't found where we live, too cold i think. I grew up with them on the murray river though. 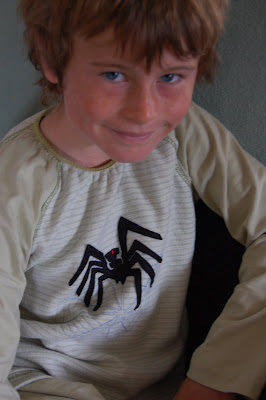