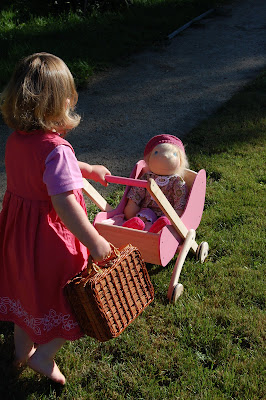 Last year I signed up to do a virtual doll-making class with Juliane over at froken-skicklig, and even though I had made dolls before, I was nervous...... We had to commit to 7hours a week for 4 weeks. I think I took five.

Even though it was intense, I learnt so much, Juliane, really "sees" them, and thinks outside the square. 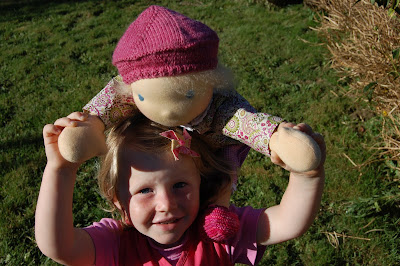 Molly is of good proportion, she sits unaided, has a life-sized head, and she loves piggy-backs 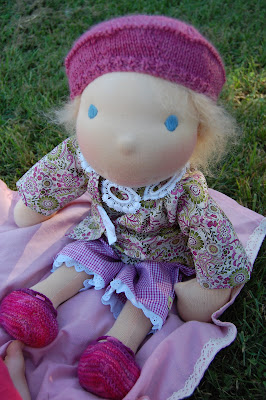 Afternoon tea in the garden. 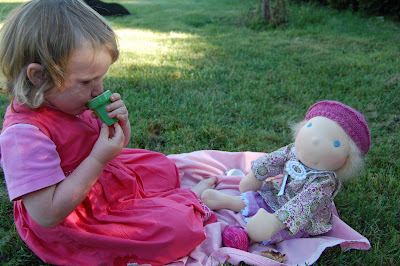 I'm so glad I finished Molly, I was planning on giving Molly to Alice for her fourth birthday later this year. But Alice took such an interest in me making her, carrying around just the head, then the limbs, and watching intently as a sewed her features, that I couldn't place poor Molly in the present cupboard for six months, how gloomy that would be for Molly.
p.s the next post, will be more of molly.......
Posted by busygnomes at 3:33 AM 6 comments: